For its second European campaign in its history, the AMS Bastia Futsal will the privilege of playing at home. The Corsican club hopes to make to reach the last four.

Unbeaten at home for several years now, Bastia Futsal aims to maintain this good habit despite the expected level of Thurs Finalist last French National Futsal Club Challenge 2012, the Corsican club has offered the opportunity to play a new European campaign. Bastia will be more honored to host for the first time in Europe UEFS Futsal Cup on the French territory. Currently co-leader of the Ligue Nationale de Futsal Elite Sud, Bastia Futsal is in great shape and covers the event in good condition, despite the lack of room to train.

Spared by the draw, the island club finds itself in a very open group B, each claiming to have a real chance to reach the last four. Yet will he confirm it on the ground, where many fans expected will not be too much to infuse the taste of victory in Corsica training. Based on several international players, and European experience in Russia two years ago, Bastia Futsal has sufficient arguments to expect a great run at home. Face unknown opponents on the international scene, the island depart somewhat blindly in this tournament, and will soon set their ambitions on the prime-time game against the Catalans Teiá Futbol Cinc. 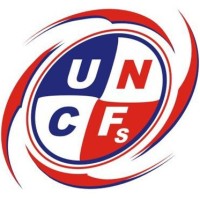